We have selected a broad range of local DJs based on different styles of music.

Winner of the first ever DJ academy, there is no doubt of his talent!

He has kept a specific registry for his DJ set, willing to keep in touch with the music generation and public demand, including Deep House, Tech House, Electro House & Progressive House.

Versatile DJ with great experience. Has held several residencies in best clubs of the island including saxo, Vibe night club and shout very recently. Fabrice is a crowd pleaser and can play different genres of music from 80’s to current.

Fabrice-S decided to pursue a career in deejaying in 2002 starting with private parties. He was first coached by Mr. Pascal Pierre before participating in the Ministry of Sound DJ Academy where aside from getting the opportunity of being trained and mentored by the best local DJs, he ranked second. Since then he has played at local nightclubs.

Having stared to mix in 1998, at private events, he has since 1999 been playing a nightclubs and hotels. In 2005, he was awarded with the title “Major DJ” and “Winner of the Tour” of the DJ contest “Sprite Slide in da Mix”. In 2006, he represented Mauritius in New York clubs where he was followed by Jon Cutler and Tony Humphries. In 2007, he won the “Crowd Puller DJ Competition” contest.

Emran and Essam both have a huge passion for music more particularly dance music which they transmit to everyone who is at their shows.

Has had a passion for music from an early age, having played the piano and the guitar as well as singing. In 2004, she was trained by Pascal Pierre and DJ Master L and has since played with various local artists including DJ Lilly & Miss Jolie Dragon, Sebastien De Caste, DJ Assad and DJ Milouz, Willy William, Nebat Drums and & Lady Lea.

Started his apprenticeship with Pascal Pierre when he was 15 years old and has since played at Le Paradis Hotel, Club Med, collaborated with local DJs and warmed up for Lumidee, Sean Paul, Sheryfa Luna, DJ Assad, Pierpoljak, Stomy Bugsy, Passi, Nyanda and La Fouine. Prince V has also been the resident DJ of Queen’s Club, Keops Pub and Teazers Pub and been a guest DJ in most of the local nightclubs.  In 2002 Prince V joined Radio One.

Prince V is well known for his own style influenced by Hip Hop, RNB, Funk and Soul.

One of the best acts of the island!  A creator by definition, rAin never fails to impress in his energetic sets.  His great understanding of music sets him apart as he is a true musician!

His uniquely produced live sets remain a onetime experience, due to its heavily improvised nature using melodic loops & fat drums keeping the essential of a DJ set and giving a different twist to the story with an unconventional live approach.

rAin was awarded the Best DJ for the year 2014 for his performances and contribution towards the expansion of electronic dance music in the Mauritian Scene.

Hailing from France, deeply influenced with rap and RNB music, Samir’s musical journey has since evolved. One of the first DJs to have been trained by DJ Gothika in 2010, today he is an all rounder DJ, who has performed in most of the nightclubs on the local scene. Resident DJ at Metropolis Ebène in 2012, he also often performs live on radio for DJ & Co on Radio One.

Producer and DJ with a career covering various styles and genres with a focus on electronic dance music including progressive house electro house, techno, tech house, deep house and hip hop favorites and amalgamations of other style. Has also created his own hybrid of hip hop and dance music.

A multifaceted artist able to perform in clubs, events and festivals.

Vijay Gopal followed a course from Pascal Pierre before performing with David Jay at many hotels and parties. His style ranged from RNB to 80’s/90’s as well as deep house, commercial house and Indian music. He was a resident DJ at Xindix, 2122, Beach Rouge, Meridien Hotel and was the warm act for DJs such as David Jay, Silvio Luz, FunkD and Da Queen.

Not a single bayography can describe this loving character’s penchant for house music, inside and outside the booth. From his humble beginnings, he has found his way into house music, experimenting with RnB, hip-hop, pop-commercial & finally settling down to his own lovable style of funky, Chicago, and Miami house music.

Bubbly & colorful, smooth operator B.A.Y.O is a contemporary DJ who has been in the local Mauritian electronic dance music scene since ages. With a stint through the sprite’ in da mix’ tour 2005 where he reached the semi-finals and currently spinning all over the island , B.A.Y.O’s main influence comes from his father, who runs a business in sound & light. Having held a residency at the Bar & Vous pub, B.A.Y.O’s captivating style hugely influenced by the 90’s sound is a feast to music lovers.

BAYO’s intricate approach to music makes him one of the most adaptable DJs around. His influences include bob marley, Michael Jackson, whitney Houston, Depeche mode to more modern artists such as Seth troxler, the Martinez brothers, Subb-an and many more…

Tahir Aubdool, born and raised in Mauritius turned his passion for electronic music into his career back in 2008. Since then, he was and is still unique with his talent within the underground scene.

David Jay first took to the decks in 1996 at the age of 17. A firm believer that music is an outlet and an expression of his own personal journey; his passion lies in house music, ranging from deep house to electro as well as funky and soulful house. He however has an eclectic style and is able to play a diversity of music, including 80’s classics and more contemporary styles.

As one of the most sought after DJs on the island, he has performed in international events for Ministry of Sound, Hedkandi, Cream, Global Underground and Social Buzz Music Festival. He has also played in nightclubs abroad such as Ministry of Sound, London, Macumba and Bora Bora in France, Spain, Sri Lanka, Kenya and South Africa, amongst others.

Dirty teeth Manages to blend a flow of different genres of EDM from tech house, deep house and Techno.  All is about groove, harmonics and nicely blended mix to create a nice set.

Elisée Lindor (Aka DJ Elisée) Is A DJ, DVJ, Turntablist, Producer/Remixer & Beatmaker From Mauritius, and born In 1990.

He became interested in DJing as a byproduct of his interest in producing music, which he has been doing on some level since he was a young teenager. In year 1998 he started playing on a Twin CD (Denon), which belongs to his uncle.

He left school very early and while he enjoyed playing, he found that his real interest was in composing/producing his own music. But eventually, he started to take it more seriously and it became a real hobby and eventually, a passion.

His desire to DJ came out of a desire to perform and share music with other people.  In his very early 14s, using a pair of ancient Pioneer CDJ-100s, he taught himself the ins-and-outs of DJing (at least, from a technical perspective).

Radio presenter / Music programmer and DJ; Gax holds a residency on Radio plus since 2012.

A passionate of music since he is 12 years old, he is the rising star of the local clubbing scene. Since training at the “DJ Stylus Academy” with Ben Javed and Patrice D’ Avrincourt in 2008 and subsequently being mentored by David Jay his career has continued to progress. In 2010, he played with Italian techno star Joseph Capriati and French DJ Loic Penillo, warmed up for DJ Remady, DJ Assad and the singer Manu L.

His style is unique as he is the only Mauritian DJ to mix equally well house/electro and underground music.  He has a wide knowledge of music which includes 80’s/90’s, mainstream, RNB, deep house, tech house, minimal, tech house (vocal and instrumental), progressive house, soulfull, fidget house and electro. He has played in all the major nightclubs of Mauritius. 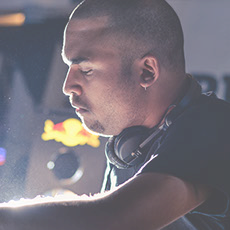 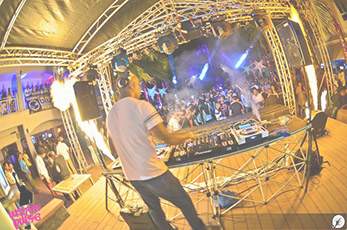 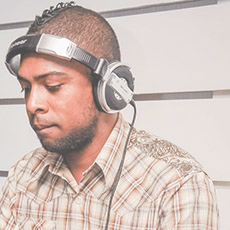 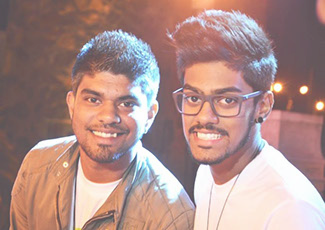 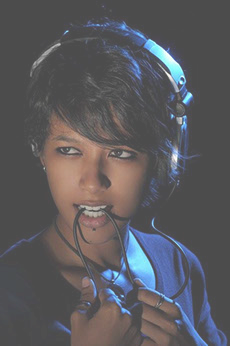 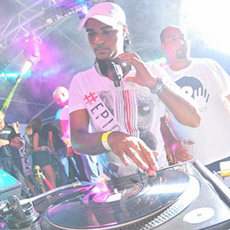 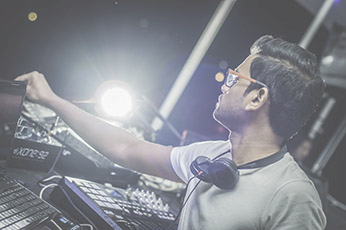 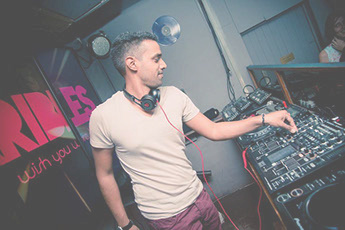 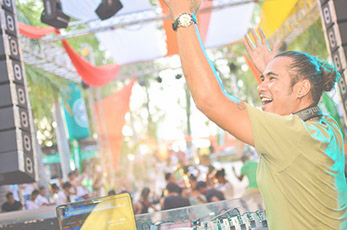 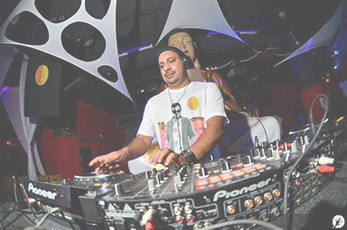 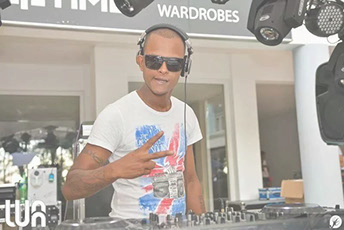 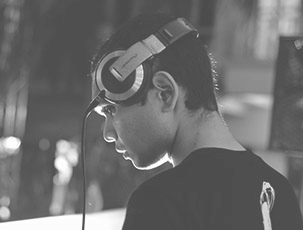 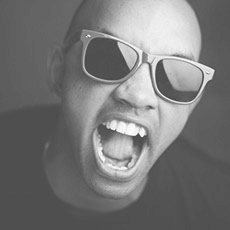 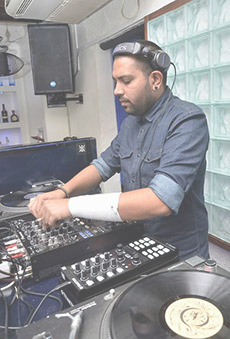 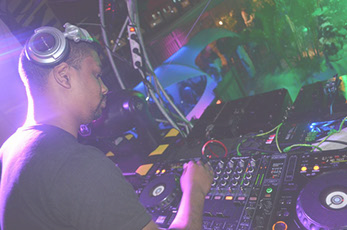 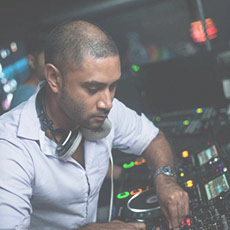 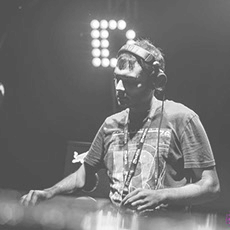